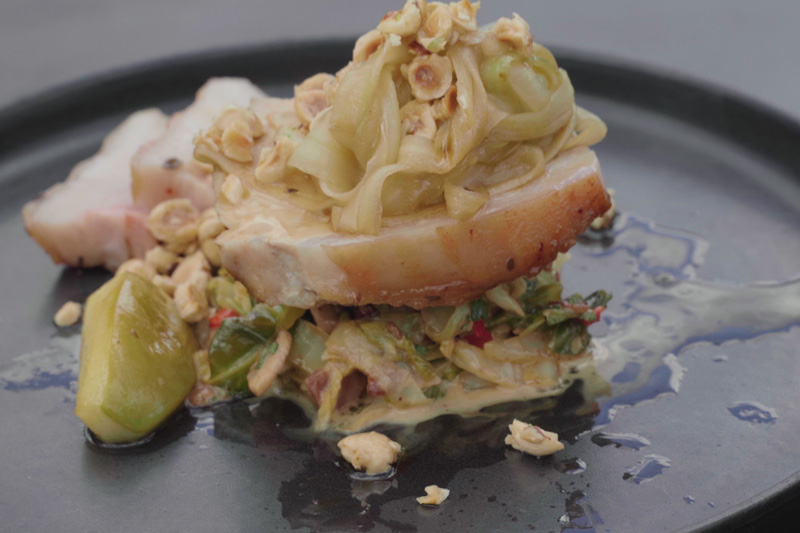 Today we're putting the spotlight on our Michelin-starred local foodies. You're spoilt for choice in Sussex when it comes to luxury dining.

Want to find out more about Horsham District's food and drink scene? Check out our month-long Virtual Big Nibble festival in September 2020.

Local chef Matt Gillan won a Michelin star when he headed up The Pass at South Lodge and featured on the BBC's Great British Menu: his main course made it to the banquet. Gillan opened his new restaurant, Heritage, in 2019. Just outside Horsham District, in Slaugham, the rural restaurant offers tasting menus of unique dishes inspired by Sussex produce.

Awarded a Michelin star every year since 2013, this Horsham town centre restaurant is a must for fine dining in the area. Owned and run by Tristan Mason, the tasting menus are full of creative combinations.

Tom Kemble at The Pass

Relatively new to the District, Kemble and has been heading up Tom Kemble at The Pass at South Lodge for the past year. Kemble featured on Great British Menu and was held the position of head chef at Bonhams in Mayfair, which received a Michelin Star.

While The Pass has been closed, Kemble has been part of sourdough pizza pop-up Sopi Pizza at Trenchmore Farm.

Winners of the Sussex Street Food of the Year Award 2019, this Horsham-based mobile catering company is headed up by two Michelin-trained chefs who are committed to top-quality barbecue. Look out for the team at events and markets near you.