A day out in Billingshurst and Shipley 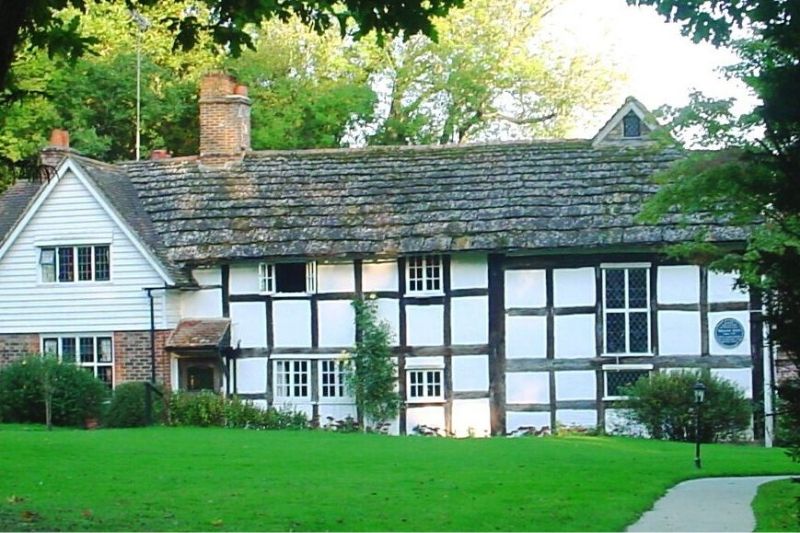 These two Sussex villages are connected by the A272, a road that stretches between Heathfield in the East to North of Winchester in the West. There's even a book about it, called The A272 - Ode to a Road.

Start your day with breakfast out - Billy's on the Road is a Billingshurst favourite and is next door to Travelodge Billingshurst Five Oaks. You'll be spoilt for choice with its menu, which includes classic English breakfasts, a fun kids' menu and dishes with a twist.

Visit St Mary's Church before you leave Billingshurst. The charming church dates back to the 1100s and is dominated by a 120-foot spire that was added in the 1400s. Next on the list is The Blue Idol Quaker Meeting House, on the way to Coolham. This lovely 16th-century building was purchased in 1691 for the Quakers as a meeting house. William Penn, a prominent member of the English Quakers, lived nearby at Warminghurst Place (demolished in 1707) and was also the founder of the city of Philadelphia and state of Pennsylvania USA. Today the house is open for worship, open days and planned events. The garden is open daily and there is a small information trail to enjoy. The Blue Idol Quaker Meeting House is a stop on the West Sussex Literary Trail.

A mile further on in the village of Coolham is the site of the former Advanced Landing Ground, a temporary airfield built to support the D Day landings in 1944 and used for a few months. It was a tented structure and home to several squadrons for short periods during that time. The airfield is walking distance from the Selsey Arms pub.

Further along the A272 is Shipley, which is famous for its links to the Knights Templar and the writer Hilaire Belloc. Shipley is also home to one of the oldest churches in West Sussex, St Mary the Virgin. The building dates from the 1100s and was built by the Knights Templar on the site of a much earlier church. John Ireland, the composer, is buried in the churchyard.

From Shipley it's a couple of miles to one of the most interesting walking sites in our District - the Knepp Castle Estate, a fascinating rewilding project that has 16 miles of public footpaths and five viewing platforms. Park in the Walkers Car Park and choose your trail. The Knepp Castle Ruin is to the north of the site, near the Buck Barn crossroads: a single tower on a grassy mound, it dates from the 12th century and stands out against its wild backdrop. The estate also has camping facilities and a wonderful range of guided walks and safaris (book early, tickets sell fast).

One of our favourite Sussex producers is just minutes from Shipley - visit The Garlic Wood Farm Butchery for high-welfare grass-fed meats.


Billy's on the Road